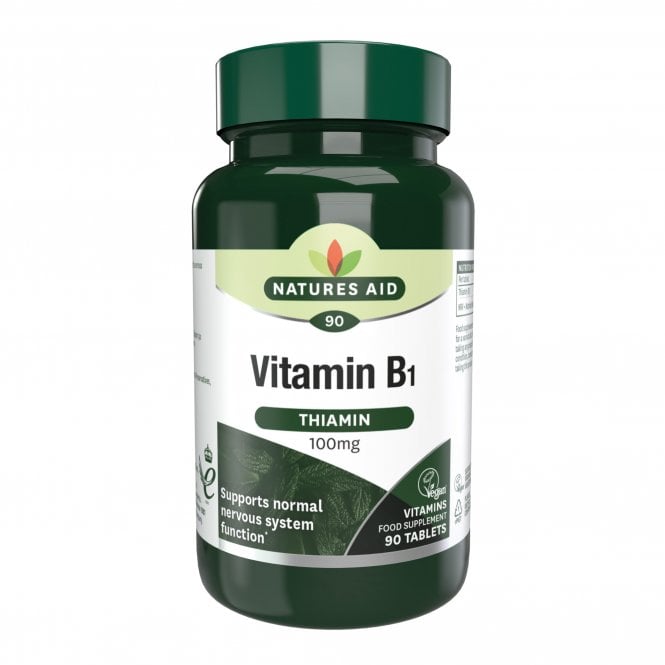 Supports the normal functioning of the nervous system.

Vitamin B1, also known as Thiamine, was the very first B Vitamin discovered, as the name suggests. Vitamin B1 plays many roles in the body, including the metabolism of food into energy.

Other roles for Vitamin B1 in the body include:

·         Supporting the normal function of the nervous system

Thiamine deficiency disease is called Beriberi, although thankfully this has now been largely eliminated from western societies, as sufficient levels of Vitamin B1 can be obtained from a variety of foods such as meat, nuts, beans, wholegrains, lentils and yeast.

At Natures Aid, our Vitamin B1 provides 100mg Vitamin B1 in each tablet, for those times when you may feel that your diet is not providing your body with the levels it needs. This tablet has been carefully formulated to be vegan friendly and free from gluten, yeast, dairy, soya and nuts.

Take 1 tablet per day with food. Do not exceed the recommended intake.