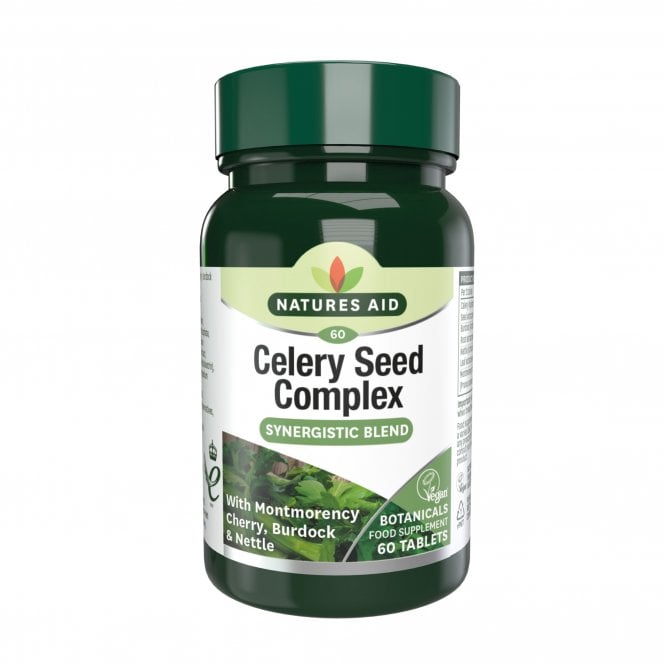 The Montmorency Cherry is a variety of sour cherry grown in Canada, France and the US.  Since the early 21st Century there has been a great deal of interest in Montmorency Cherry and a number of reports on its purported health benefits have prompted research into its actions in the human body.

This unique combination provides extracts equivalent to 200mg of dried celery seed, 200mg of dried burdock root, 200mg of dried nettle leaf and 200mg of Montmorency Cherry extract. The tablets are suitable for vegans and contain no lactose, wheat or gluten.

Take 2 tablets per day with food. Do not exceed the recommended intake. Not recommended for use during pregnancy or when breastfeeding.