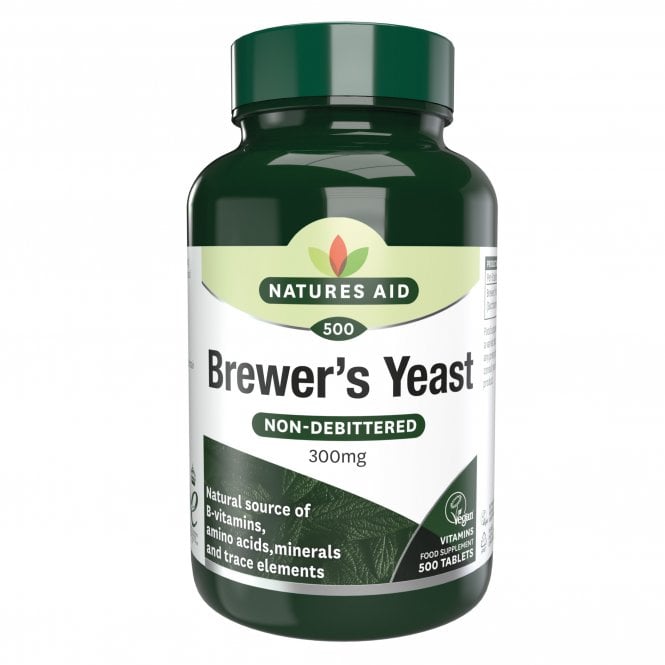 Brewers Yeast, as the name suggests, is often used in the production of beer, and has a naturally bitter flavour. Sourced from the yeast Saccharomyces cerevisiae, Brewers Yeast has been found to be a potent nutritional source of B Vitamins, Chromium, and trace Minerals and is therefore often used as a natural food supplement.

Brewers Yeast has been sold in many forms including powders, flakes, and liquids. At Natures Aid, our Brewers Yeast supplement has been developed as an easy to use tablet.  Formulated using exclusively non-debittered Brewers Yeast Powder, natural B vitamins are preserved in this handy daily supplement.

Brewers Yeast is a naturally occurring food, and like any food, the precise levels of nutrients can vary from batch to batch. As this is an entirely natural product and not manipulated in any way, the levels of nutrients provided by these Brewers Yeast tablets vary slightly from season to season, which is why the individual levels are not specified. Our Brewers Yeast tablets are vegan friendly and contain no wheat, dairy, soya or nuts.

Take 2 tablets 3 times daily or as required up to a maximum of 12 daily. Do not exceed the recommended intake.